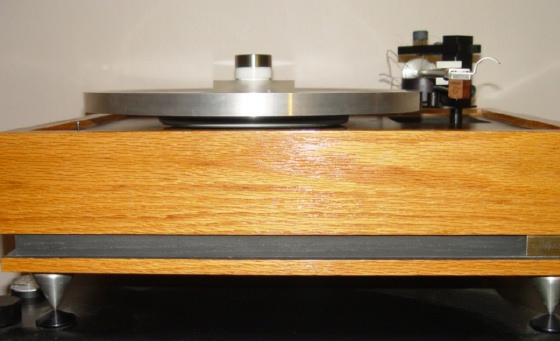 AJ writes: I have long since lost the receipts for my Merrill, but I believe it was purchased in 1984. I bought it from Audio Connections in New Jersey. Hart Huchins was the owner then and he called it “the best turntable in the world”. I had purchased a Heybrook from him a couple of years earlier. 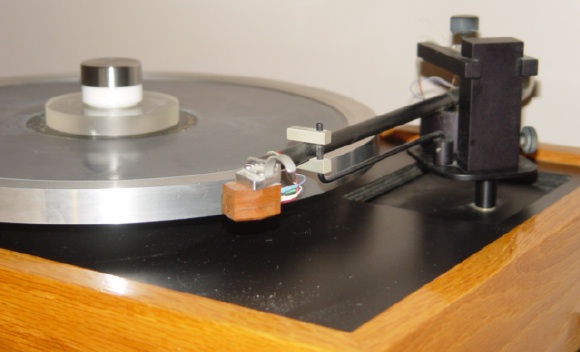 I don’t think it was called an Heirloom back then. The outer ring is aluminum and it is beveled where it meets the record. Anthony says the bevel was removed in later models. The motor pulley was also aluminum and the inner weight was a machined hunk of aluminum that rested on the spindle, not threaded. The sub-platter was aluminum with a rubber mat glued on it. The tonearm I bought with the turntable was the original Well-Tempered. 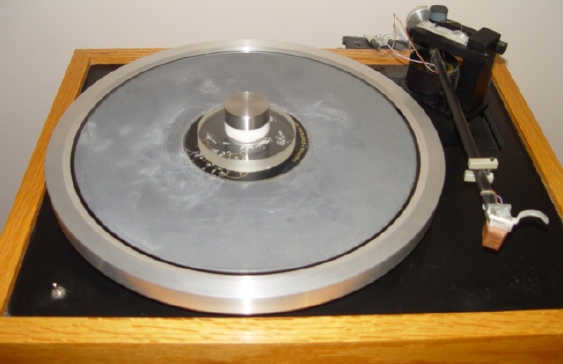 I eventually upgraded the subplatter to the acrylic model with the screw on spindle for the new record clamp. 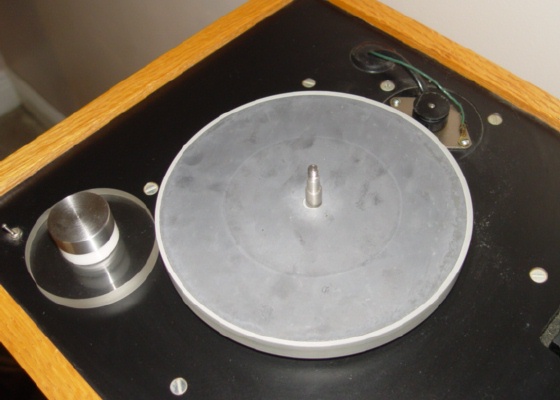 In 1996, I upgraded my Well-Tempered arm with a carbon fiber replacement that was offered by someone in California. It was mentioned in Stereophile and was a marked improvement. 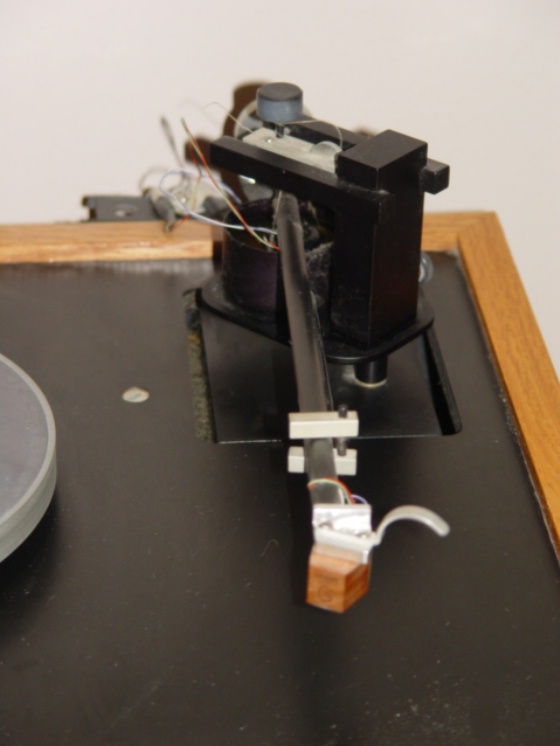 As you can see from the photos, I have many miles on the turntable. The Merrill logo sticker is starting to show signs of too many wet washings and the lead lining started showing white markings from a cleaning fluid I used one day. 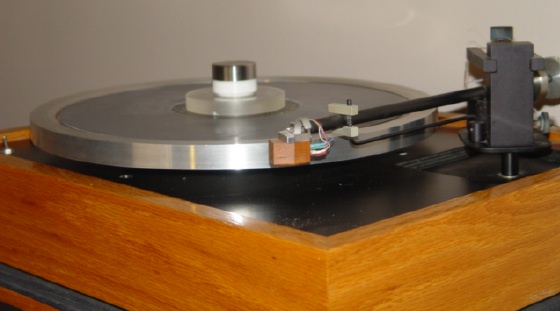 I sometimes listen to records on the pure acrylic side of the platter, lead facing down. Merrill even sent me a sticker for that side when I use it that way. On some records, especially with acoustic guitars, it just sounds more natural, like the lead deadened things too much.